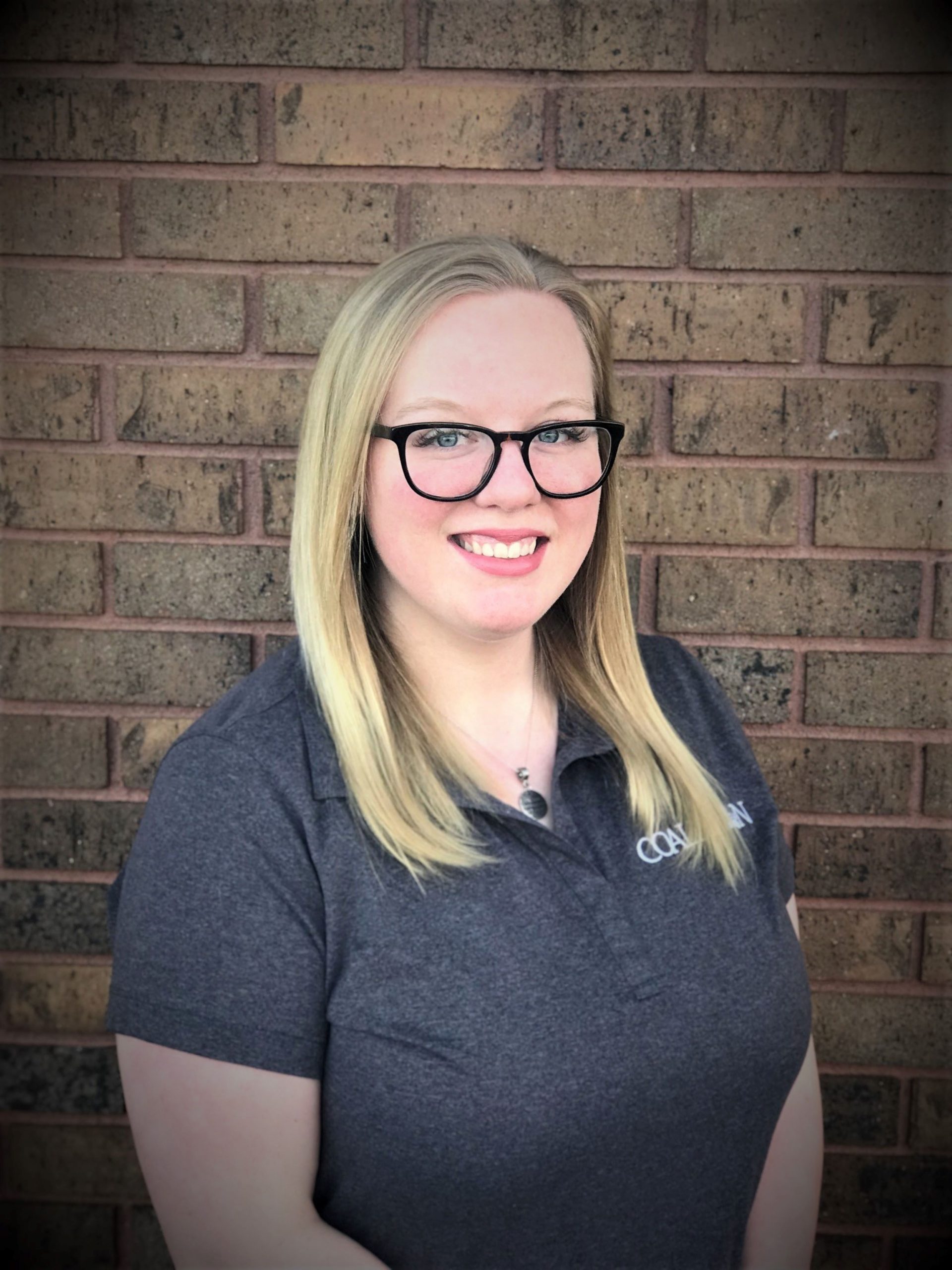 In July, MSPN held the 2019 Regional Suicide Prevention Conferences in Kansas City, Columbia, and Cape Girardeau. This conference has been held in Cape for four years thanks to Community Counseling Center, and their growing success made it clear that more people want and need to be involved, so MO DMH and MIMH made it regional in 2018, and we took it over this year. Twenty-nine speakers from around the state came to educate over 1,200 professionals and community members on a range of topics regarding suicide prevention. 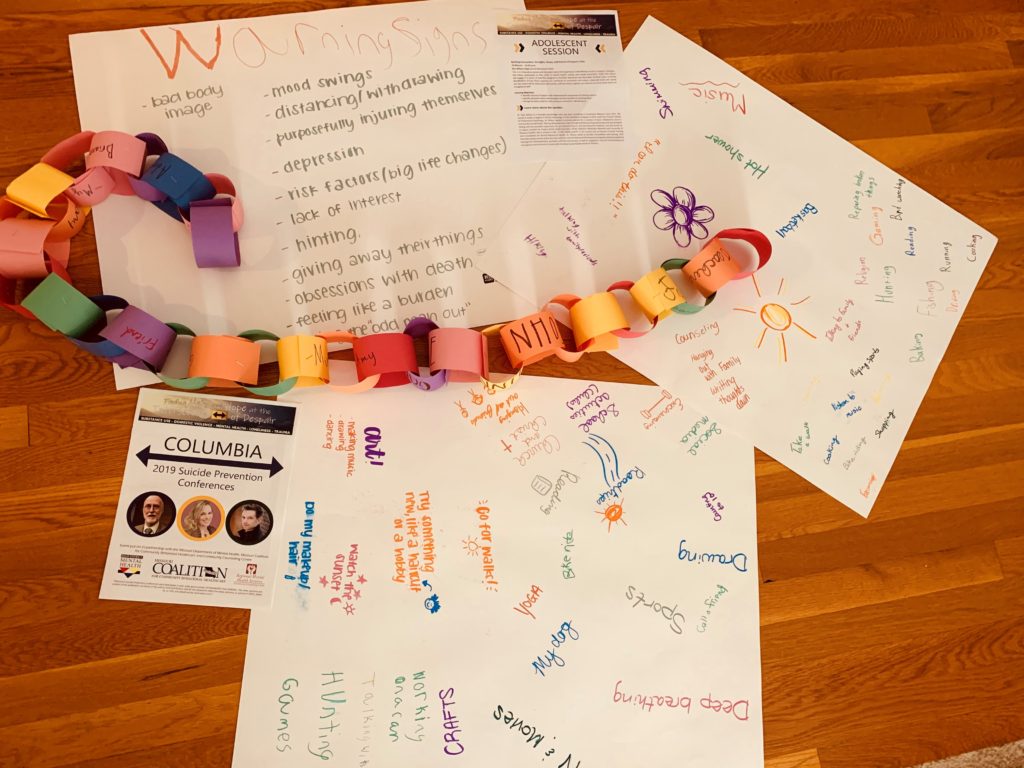 Along with his keynote duties, Josh also participated in our “youth track” at the conferences. Each day, three sessions were dedicated to kids aged 12 to 17 to talk and learn about their roles in suicide prevention.

On day two of the conference, in Columbia, Josh, Dr. Sara Wilson with Burrell Behavioral Health, and Kristin Veteto of Giving Song presented.

Josh’s presentation, “Making Lemonades out of Lemons,” dealt with healthy versus unhealthy self-talk and coping skills through his signature story-telling method. This presentation is part of Josh’s “changing Minds” series from the i’Mpossible Project.

Dr. Wilson began her presentation by asking the kids what their experiences with suicide were like. Some answers were:

All the kids agreed that while it is an important topic of conversation, they aren’t very well informed. To help with this, Dr. Wilson used creative exercises to teach what stressors can influence risk of suicide, what coping skills they and their peers can use, and how to talk to their friends and loved ones about suicide.

Kristin’s presentation was a hands-on demonstration of how music can be utilized in suicide prevention. Each kid was given a percussion instrument to experience what group music therapy is like, they were taught how music can be a tool for healing and prevention by writing a song of their own, and they were taught how to take these tools and use them in their daily lives for overall wellness. 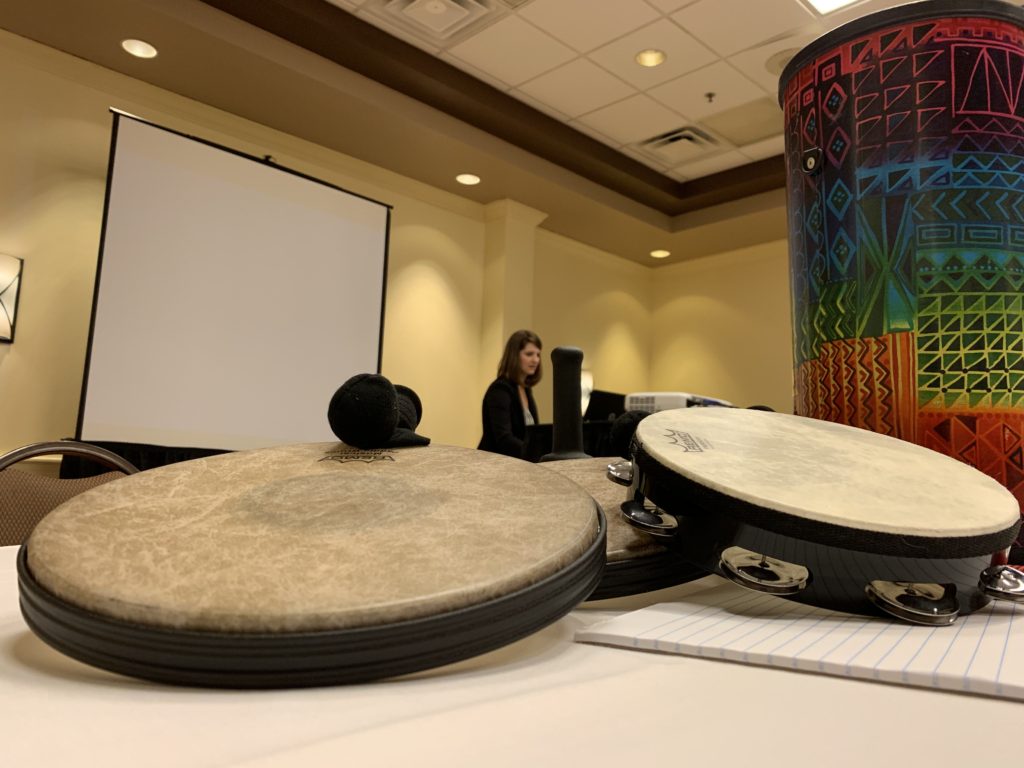 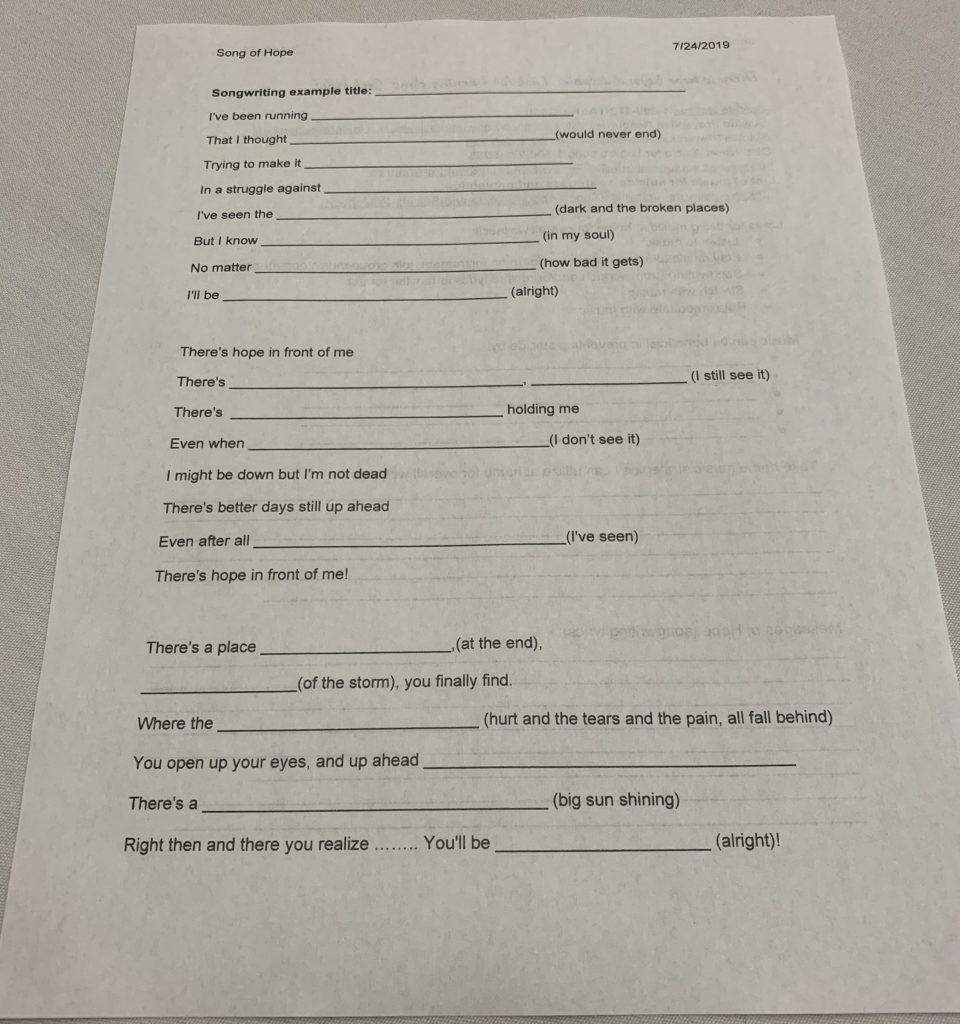 Listening to and watching these kids learn about what they can do to improve and spread suicide efforts was exhilarating. They know its importance, and they want so badly to be as informed as they can to stop suicide in its tracks.

We are excited to continue these efforts in next year’s conferences and, hopefully, more youth-centered trainings in between.