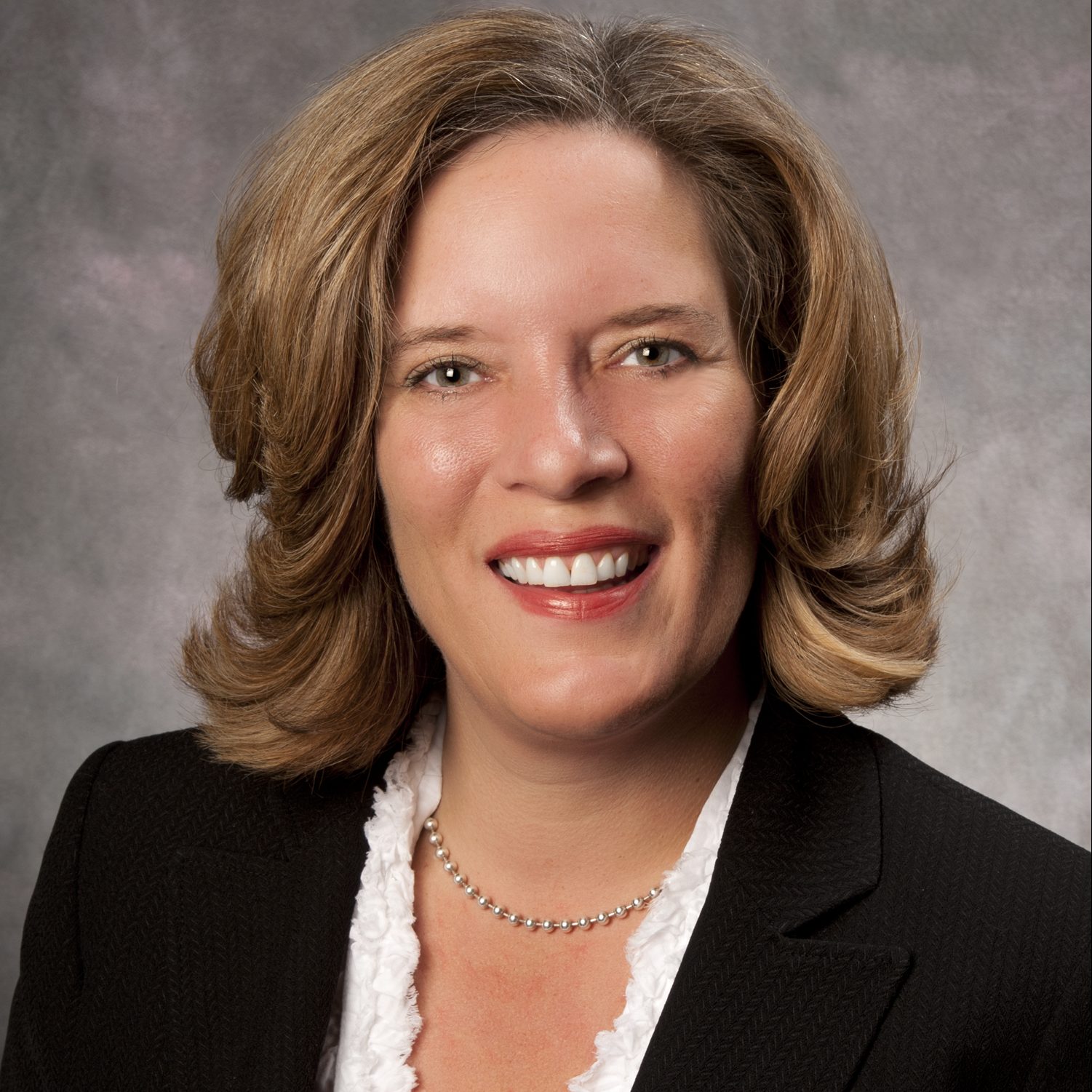 Amy Blouin is the founder and Executive Director of the Missouri Budget Project. Amy has a Master of Social Work from St. Louis University (1996), and a BA in Political Science and Religious Studies from Loras College, Dubuque Iowa (1991). Amy previously served as the Director of Advocacy for Catholic Charities of the Archdiocese of St. Louis and as Government Relations Staff for the United Way of Greater St. Louis. Amy has also served as an Adjunct Professor at Saint Louis University, spent time working in Central America and with the Iowa Department of Economic Development European Office in Frankfurt, Germany. Amy has worked on state tax and fiscal policy issues for more than 15 years and has received regional and statewide recognition for her work. In 2012, the St. Louis Business Journal named Amy “One of the Most Influential St. Louisans.” Other awards include a “40 Under 40″ award from the St. Louis Business Journal and the Missouri Women’s Network 2010 Award for Advancing Women’s Equality. 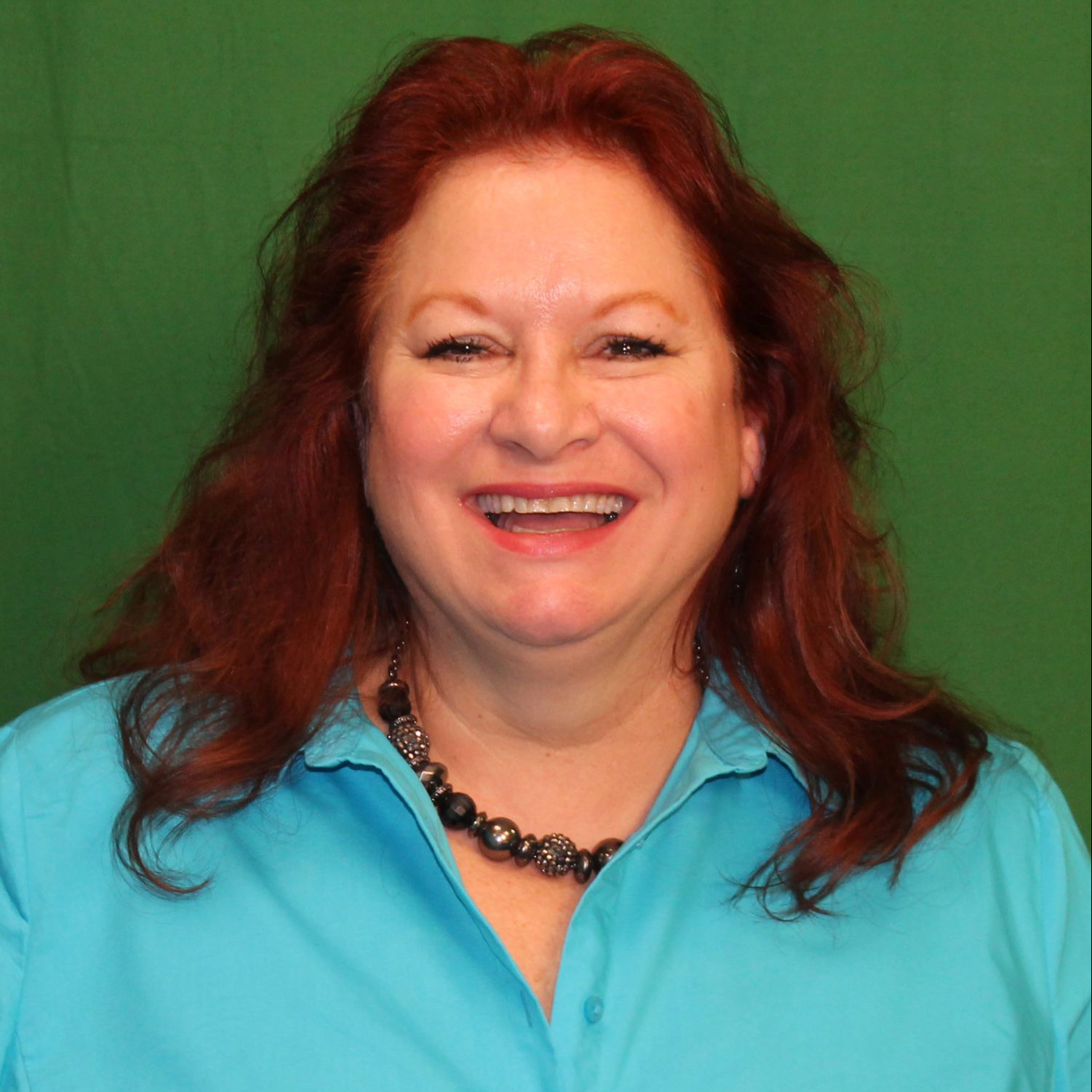 Janet Dankert has a bachelor’s degree from Emory & Henry College and more than 25 years of experience in non-profit management and leadership. She is currently the Executive Director for Community Partnership of the Ozarks, a local non-profit organization with more than 60 full and part-time staff members and an annual budget of $3.4 million. In this position, she provides leadership and support to a 33-member board of directors, executive committee, and four other board committees. Janet also provides leadership at the state level through a network of 20 Community Partnerships across the state. Before moving to Missouri, she directed a children’s health program for many years in the Appalachian Mountains of Southwest Virginia. Janet is a graduate of Leadership Springfield Class 27 and was named one of Springfield’s 20 Most Influential Women in 2015. She is currently a member/volunteer with Rotary Club of Springfield, League of Women Voters of Southwest Missouri, North Springfield Betterment Association, United Way of the Ozarks, the Good Community Committee, Any Given Child Advisory Committee, Junior League Advisory Council, Healthy Living Alliance Advisory Council, the Impacting Poverty Commission, Every Child Promise, GFWC Sorosis Club of Springfield, and the Midtown Neighborhood Association.

Vickie Dudley serves as the Executive Director for Children’s Center of Southwest Missouri, Children’s Center, a not-for-profit child advocacy center serving twelve rural southwest Missouri counties with four locations, provides a child-focused setting for the assessment and treatment of child abuse. Previously, she held leadership positions at Cox Health and Mercy in Springfield for nearly 30 years. Notably, was her role as Director of Mission Services at Mercy where she led numerous community out reach and advocacy efforts. Dudley has a B.S in Health Promotion from Missouri State University and a Masters in Health Care Mission from Aquinas Institute of Theology. 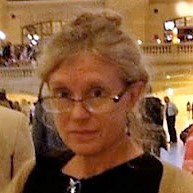 Tracy Greever-Rice is the Co-Director of Research at the MU Center for Health Policy and serves as the Missouri KIDS COUNT Program Director for the Family and Community Trust (FACT). Prior to her current position, Tracy served as the Director at the Office of Social and Economic Data Analysis at the University of Missouri- Columbia. 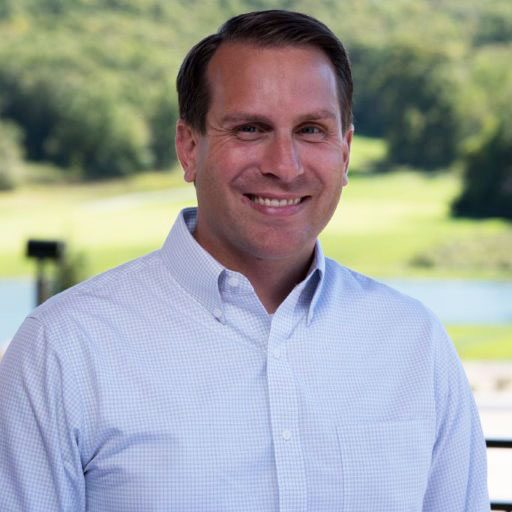 Ken Hussey serves as the Director of Leadership and Civic Engagement for the Missouri State Alliance of YMCAs. In this role, he provides leadership to the YMCA Youth and Government programs in Missouri and Kansas, while also assisting with national YMCA youth leadership programs. With the Alliance, he works with Missouri YMCAs to advance their policy priorities at the local, state, and federal levels. Prior to his current role, Ken served as the Executive Director of the Missouri Chapter of the American Academy of Pediatrics, a statewide association comprised of over 1,100 pediatricians and residents in Missouri. He served as the lobbyist for the chapter, advocating for children’s health issues at the State Capitol. Since 2013, Ken has served as a councilman on the Jefferson City Council. He currently chairs the Public Works and Planning Council Committee. He is active in the community, and involved with organizations such as Rotary, Chamber of Commerce, and Serve Jeff City. 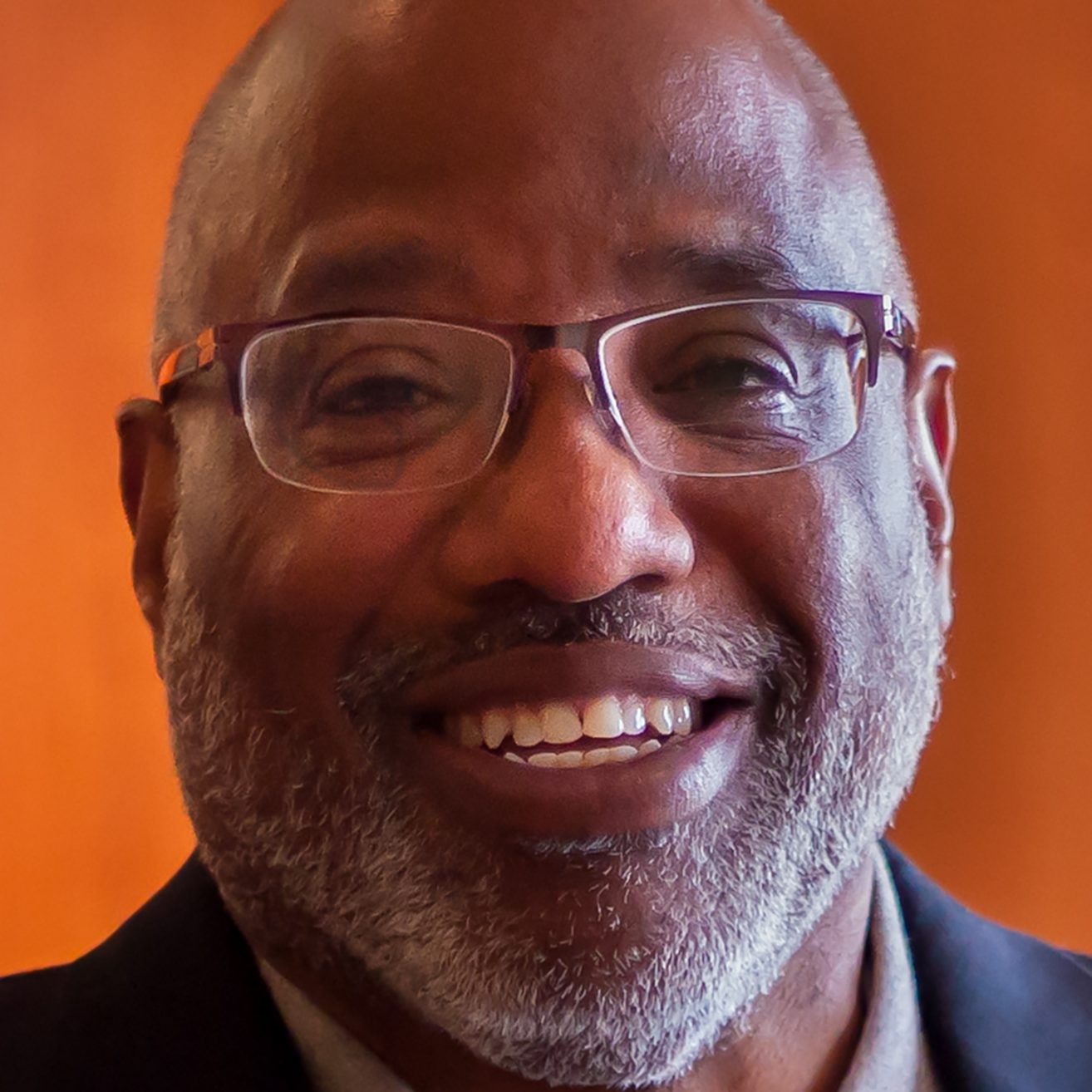 Wendell E. Kimbrough serves as Chief Executive Officer of St. Louis-based Area Resources for Community and Human Services (ARCHS). Wendell is the architect of ARCHS’ intermediary funding model that annually improves the lives of more than 150,000 children and their family members. ARCHS currently funds and enhances a portfolio of 30 St. Louis area education and social service programs provided at 380 locations.Through his leadership, ARCHS has achieved numerous national and regional awards including four “What’s Right With the Region” honors by FOCUS St. Louis. Wendell is noted for 40 years of for-profit and not-for-profit organizational experience including executive posts at Coca-Cola and Tropicana Products. He has served on the boards of the After School for All Partnership for St. Louis, Missouri KIDS Count, St. Louis Mayor’s Task Force on Youth and Families, and the State of Missouri Governor’s Pre-K Readiness Panel. A native of East St. Louis, IL, Wendell has an MBA from the Walter E Heller School of Business at Roosevelt University in Chicago, Illinois and a BA in Business Administration from Clark Atlanta University in Atlanta, Georgia. 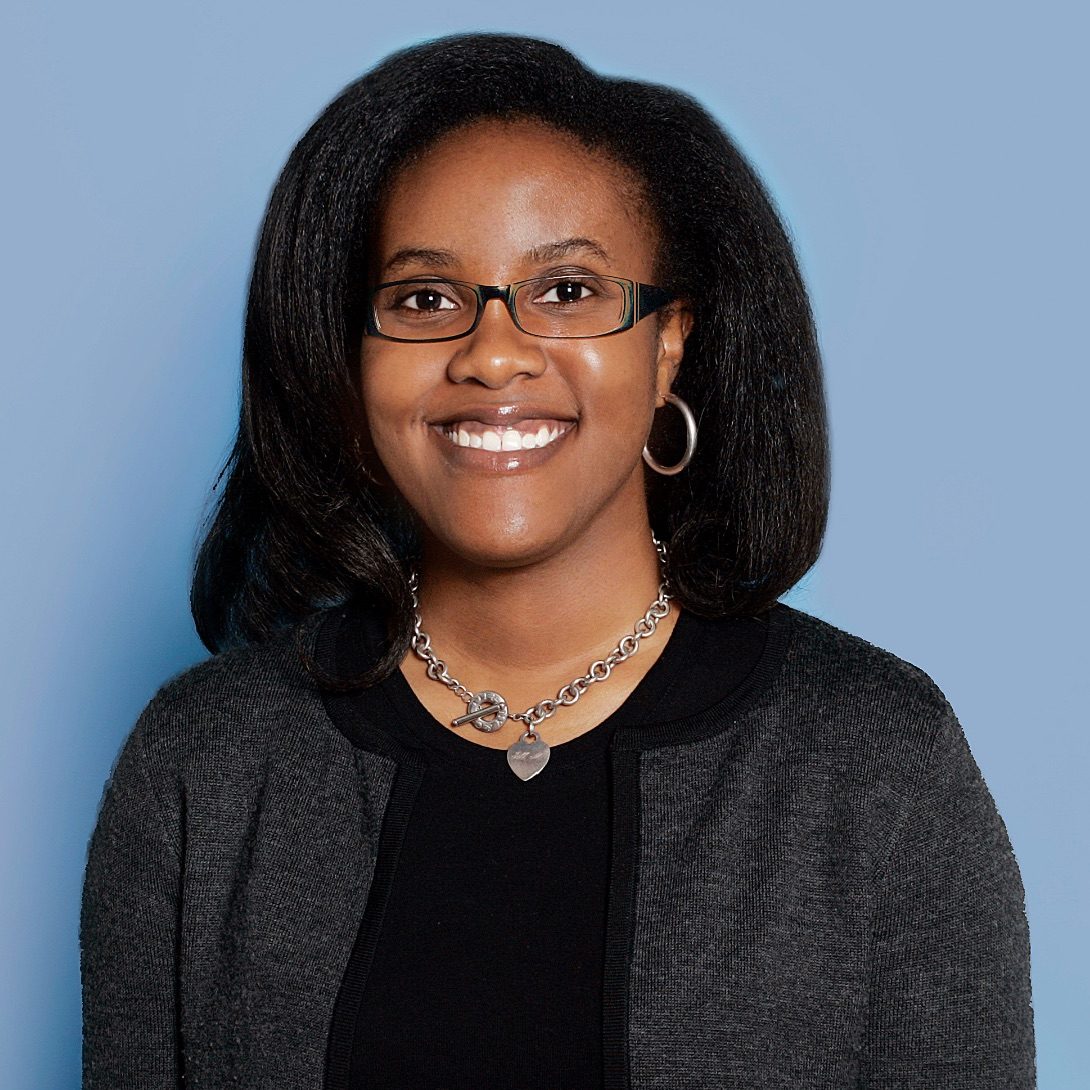 Jill Meriweather’s enthusiasm for early childhood education began while writing her undergraduate thesis – a comparative analysis of post-segregation education policy in Stellenbosch, South Africa and Kansas City, Missouri. A Kansas City native – Jill was a Head Start and Accelerated Kindergarten teacher in Las Vegas, Manager of Teacher Leadership Development at Teach For America – Kansas City, and the Coordinator of Early Learning Programs for the Hickman Mills School District. Currently, Jill is an Early Learning Program Manager at Mid-American Regional Council and focuses on readiness, public policy, and workforce priorities. Jill received her Bachelor of Arts from Harvard, her Master of Education in Early Childhood Education from the University of Nevada in Las Vegas, and her Graduate Certificate in Administration and Supervision from Johns Hopkins University. 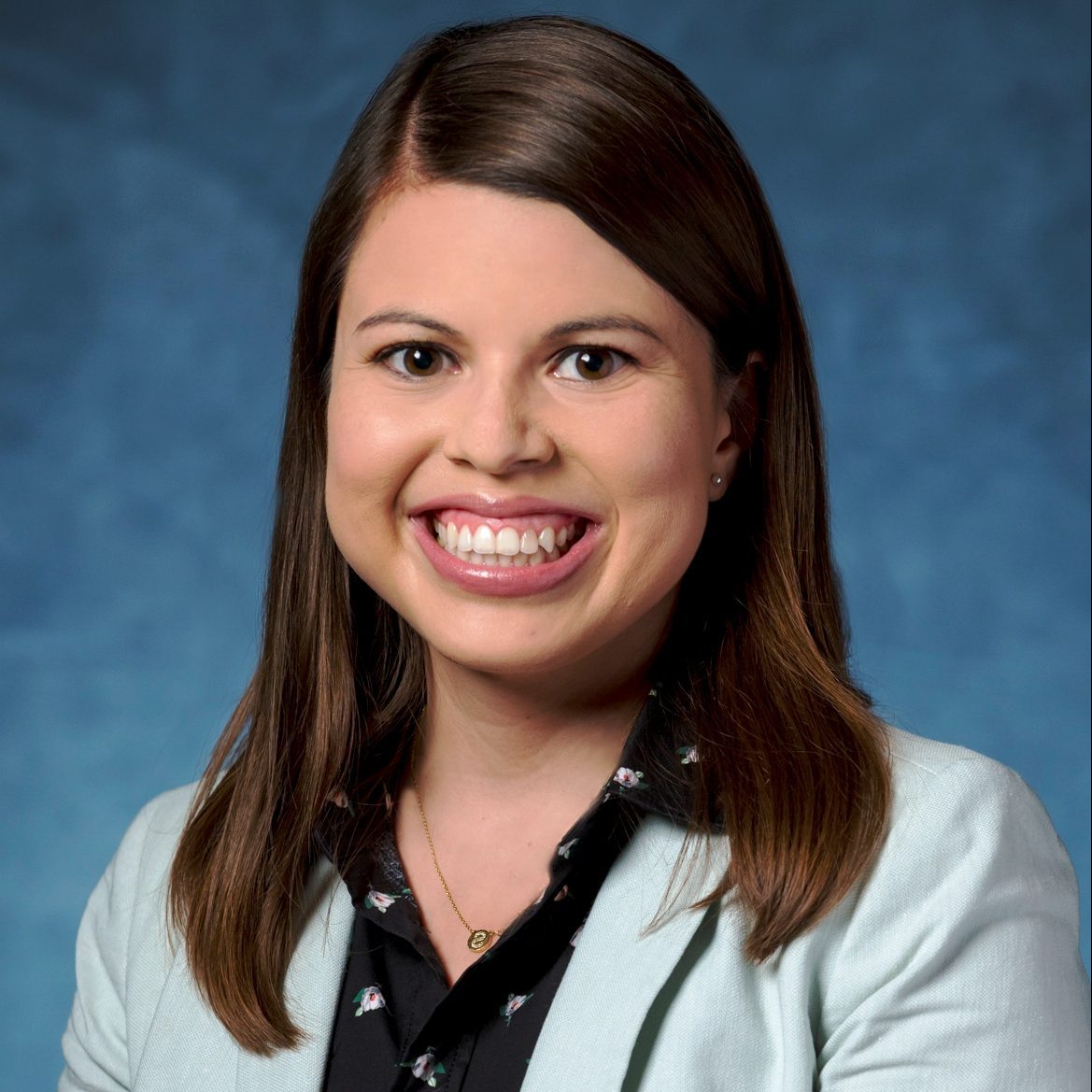 Stephanie Seger is the Manager of Government Relations at Children’s Mercy Hospital in Kansas City. With 9 years’ experience working in child health policy, Stephanie is a well-versed lobbyist and passionate advocate for the health of all children. Her experience at the Capitol and in public policy is utilized by other organizations serving children. She is on the board of the Mother and Child Health Coalition, where she serves as legislative advocacy committee co-chair and as chair of the Operation Breakthrough Leadership Council. Stephanie has a Masters of Social Work and Masters of Arts in Public Policy Management from The Ohio State University. She resides in the Hyde Park neighborhood of Kansas City, MO will her husband, Dan and dog, Sparklesworth. 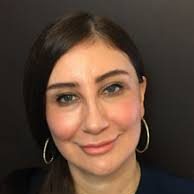 Sanaria is the Executive Director of Vision for Children at Risk. She joined the organization in 2013 as director of Project LAUNCH, a federally funded program to improve young child wellness in the 63106 and 63107 ZIP codes of north St. Louis. Previously, she served for over five years with Child Care Aware of Missouri, most recently as director of training and inclusion services. She has been in the early childhood field for 15 years, and has 10 years of statewide and regional management experience in the area of social and emotional well‐being of children, families and communities, training and educating service providers, with focus on inclusive practices. She holds a bachelor’s degree in business administration and is working toward a master’s in business from Webster University. 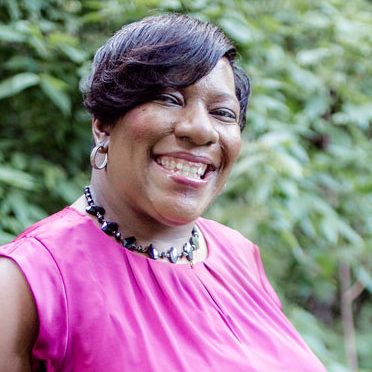 Erica Williams is active in her community and is deeply concerned about the economic status of north St. Louis County and particularly its black citizens. Through her academic research and community involvement, she has linked St. Louis’s racist past to North County’s current economic status and the racial inequality blacks still experience. Her passion and dedication led to her founding a collaborative, community benefit organization called A Red Circle. Red, because all blood is red and a circle to represent safety and unity. In addition to her work with A Red Circle, Erica is a St. Louis Master Gardener, co-chairs MOCAN – Missouri Council on Activity and Nutrition and its Food Systems Work Group, sits on the Youth Ed & Development committee of Kids Win-Missouri and participates in HomeGrown Stl, is on the executive board committee as treasurer for Missouri Health Care for All and is a member of the Nine Network Community Advisory Board. She is the recipient of a Focus St. Louis Award, My Name is Need, an Impact Award, and an award from the Coalition for Human Rights.